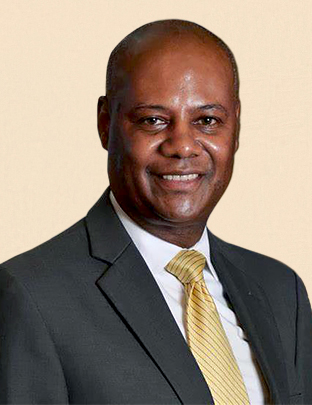 Jean-Claude Labady, Esq. is an experienced trial attorney in various complex civil litigation fields but has focused his practice for the past thirty years mostly on personal injury and insurance defense litigation. He has joined this firm as one’s of its senior attorneys and is proud to be a part of its high-caliber representation of clients, as well as its trial-oriented and results-producing practice. At the firm, his practice is focused on personal injury matters and other complex civil litigation matters.

Mr. Labady attended Rutgers University where he obtained a bachelors degree with honors in political science and French. He later obtained a Masters degree with honors in international relations, after which he taught various courses at Hudson County Community College. Mr. Labady graduated from Seton Hall Law School in 1992. After graduation, he was successful in obtaining a much coveted clerkship with the late Honorable Reginald Stanton, Assignment Judge, Morris-Essex vicinage. Mr. Labady then joined a large insurance defense firm in Middlesex County, where he distinguished himself not only in insurance defense matters, but also in complex civil litigation cases. Mr. Labady then spent a good portion of his career as in in-house insurance defense attorney representing insurers and their insureds in all types of insurance coverage disputes. He became a well-known litigator prosecuting insurance fraud claims on behalf of insurers and was successful in recouping millions of dollars on their behalf. He prosecuted one of the largest insurance fraud matters in the State, which led to a decision of first impression on medical licensing, and eventually (shortly after his departure from in-house practice) to the published opinion in Material Damage Adjustment Corp. v. Open MRI of Fairview, 352 N.J.Super. 216 (Law Div. 2002).

As of 2001, Mr. Labady joined a firm representing providers in insurance dispute litigation and in 2003 became its senior partner. There, he successfully defended health care providers in insurance fraud defense matters, board hearings and insurance audits. He also prosecuted the firm’s complex personal injury, employment and civil litigation matters, in State and Federal Courts, at the trial and appeal levels. Since departing from that firm, Mr. Labady’s practice has focused solely on personal injury matters in which he has recovered tens of millions of dollars in jury verdicts, settlement negotiations, private mediation, and mandatory arbitration for his clients. Prior to joining the Law Offices of Jeffrey Hasson, Mr. Labady was one of the Managing Attorneys at one of the State’s largest personal injury plaintiff firms, where he managed three of the firm’s 10 offices and mentored less experienced attorneys.

Mr. Labady is known in the field of law as an affable lawyer who treats judges, fellow attorneys, clients and colleagues with a great deal of respect—but also as a tough litigator who does not hesitate to take a case to trial or appeal in order to protect his client’s best interests.